9 Things the Bible Says You Should Do for Refugees 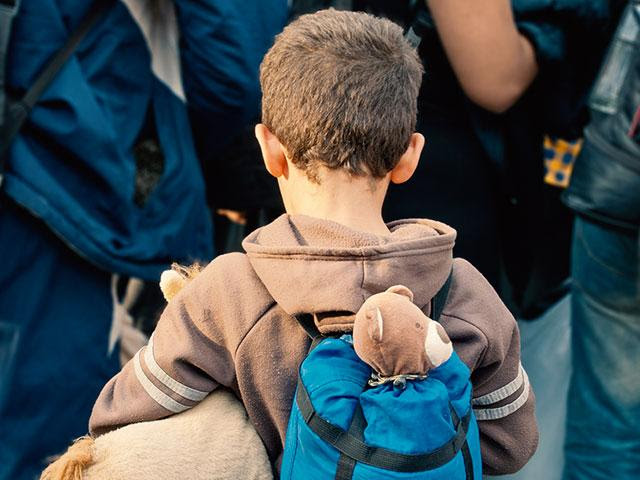 Many Christians are torn about the refugee crisis happening across the world, especially after the recent presidential election and concerns about the escalating frequency of terrorist attacks.
An article in Relevant magazine recently reminded us of some key Bible verses with God's perspective on how we should treat others, and in this case how to treat immigrants and refugees.
1. Treat Refugees the Way You Want to Be Treated
When a foreigner resides among you in your land, do not mistreat them. The foreigner residing among you must be treated as your native-born. Love them as yourself, for you were foreigners in Egypt. (Leviticus 19:33-34)
2. Provide Food for the Needy and the Foreigner
When you reap the harvest of your land, do not reap to the very edges of your field or gather the gleanings of your harvest. Do not go over your vineyard a second time or pick up the grapes that have fallen. Leave them for the poor and the foreigner. (Leviticus 19:9-10)
3. We Should Love Foreigners - After All, God Does Too
He defends the cause of the fatherless and the widow, and loves the foreigner residing among you, giving them food and clothing. And you are to love those who are foreigners, for you yourselves were foreigners in Egypt. (Deuteronomy 10:18-19)
4. Do Not Abuse Foreigners
Do not oppress a foreigner; you yourselves know how it feels to be foreigners, because you were foreigners in Egypt. (Exodus 23:9)
5. Fight for Justice for Foreigners Living Among You
"So I will come to put you on trial. I will be quick to testify against sorcerers, adulterers and perjurers, against those who defraud laborers of their wages, who oppress the widows and the fatherless, and deprive the foreigners among you of justice, but do not fear me," says the Lord Almighty. (Malachi 3:5)
6. Open Your Door to the Traveler
No stranger had to spend the night in the street, for my door was always open to the traveler (Job, discussing his devotion to God) (Job 31:32)
7. Invite the Stranger In
For I was hungry and you gave me something to eat, I was thirsty and you gave me something to drink, I was a stranger and you invited me in, I needed clothes and you clothed me, I was sick and you looked after me, I was in prison and you came to visit me.' (Matthew 25:25-36)
8. Love Your Neighbor
For the entire law is fulfilled in keeping this one command: "Love your neighbor as yourself." (Galatians 5:14)
9. Show Mercy to Your Neighbor
He asked Jesus, "And who is my neighbor?"
In reply, Jesus said: "A man was going down from Jerusalem to Jericho,when he was attacked by robbers. They stripped him of his clothes, beat him and went away, leaving him half dead. A priest happened to be going down the same road, and when he saw the man, he passed by on the other side. So too, a Levite, when he came to the place and saw him, passed by on the other side. But a Samaritan, as he traveled, came where the man was; and when he saw him, he took pity on him. He went to him and bandaged his wounds, pouring on oil and wine. Then he put the man on his own donkey, brought him to an inn and took care of him. The next day he took out two denarii and gave them to the innkeeper. 'Look after him,' he said, 'and when I return, I will reimburse you for any extra expense you may have.'
"Which of these three do you think was a neighbor to the man who fell into the hands of robbers?"
The expert in the law replied, "The one who had mercy on him."
Jesus told him, "Go and do likewise." (Luke 10:29-37)
One reader commented on the Relevant article saying this:
"Hate to see anyone have to go through this. I'd love to see the church rally together to do everything possible to help the refugees. That said, I absolutely do not think our government should. The guidelines in the Bible are for the church and individuals - not guidelines on how to run a country. The government is in place to defend and protect Americans, and I don't think helping refugees accomplishes that in any way."
Posted by William Warrington at 11:55 AM