Blog: US refuses to bomb ISIS training camps turning out thousands of fighters a month

Blog: US refuses to bomb ISIS training camps turning out thousands of fighters a month


« What do you think when Miley Cyrus declares herself 'pansexual'? | India town council orders two girls raped as punishment for brother's elopement »
|||

By Rick Moran
Ever wonder why the US military - the most powerful and technologically advance force in the world - is losing a war to a bunch of fanatical fighters?
Could be that we're not serious enough about "destroying and degrading" Islamic State forces.
Case in point: There are dozens of ISIS training camps spread throughout Syria and Iraq training thousands of fighters a month - and we haven't once targeted a camp in our air campaign.
The fear is hitting civilians - what the military calls "responsible targeting." But Bill Gertz of the Washington Free Beacon has examined the targets hit by our forces and comes away unimpressed.

The military campaign, known as Operation Inherent Resolve, appears to be floundering despite a yearlong campaign of airstrikes and military training programs aimed to bolstering Iraqi military forces.
A review of Central Command reports on airstrikes since last year reveals that no attacks were carried out against training camps.
Targets instead included Islamic State vehicles, buildings, tactical units, arms caches, fighting positions, snipers, excavators, mortar and machine gun positions, bunkers, and bomb factories.
The risk-averse nature of the airstrike campaign was highlighted last month by Brig. Gen. Thomas Weidley, chief of staff for what the military calls Combined Joint Task Force-Operation Inherent Resolve.
“The coalition continues to use air power responsibly,” Weidley said July 1. “Highly precise deliveries, detailed weaponeering, in-depth target development, collateral damage mitigation, and maximized effects on Daesh, are characteristics of coalition airstrike operation in Iraq and Syria.”
Daesh is another name for the Islamic State.
“The coalition targeting process minimizes collateral damage and maximizes precise effects on Daesh,” Weidley said earlier. “Air crews are making smart decisions and applying tactical patience every day.”
Other coalition spokesman have indicated that targeting has been limited to reaction strikes against operational groups of IS fighters. “When Daesh terrorists expose themselves and their equipment, we will strike them,” Col. Wayne Marotto said May 27.
The military website Long War Journal published a map showing 52 IS training camps and noted that some may no longer be operating because of the U.S.-led bombing campaign.
According the map, among the locations in Iraq and Syria where IS is operating training camps are Mosul, Raqqah, Nenewa, Kobane, Aleppo, Fallujah, and Baiji.
The group MEMRI obtained a video of an IS training camp in Nenewa Province, Iraq, dated Oct. 1, 2014.
The video shows a desert outpost with tan tents and around 100 fighters who take part in hand-to-hand combat exercises, weapons training, and religious indoctrination.

We are fighting with one hand tied behind our backs because of the fear of collateral damage. Fair enough. But consider that nearby in Yemen, the Saudis are wontonly killing civilians in their air strikes, and the Syrian government and Hezb'allah are massacring civilians with poison gas and "barrel bombs."
The Obama administration is running out the clock on the war against Islamic State, hoping they can keep ISIS from a sweeping victory until after they are safely out of office. No messy civilian deaths will be allowed to tarnish the Lightworker's legacy - even if that means continued suffering and death at the hands of terrorists because we refuse to destroy their training camps.

JACK PHILLIPS OF MASTERPIECE CAKESHOP SAID CHRISTIAN BUSINESS OWNERS ARE UNDER ATTACK – ESPECIALLY THOSE PROVIDING GOODS AND SERVICES TO THE WEDDING INDUSTRY.

“Then shall they deliver you up to be afflicted, and shall kill you: and ye shall be hated of all nations for my name’s sake.” Matthew 24:9 (KJV)
As many of you know, Jack Phillips bakeshop has been in court recently over his refusal to create a cake celebrating a sodomite wedding. But what you may not know is that his business, Masterpiece Cakeshop, was targeted by the LGBT Mafia because they knew he would refuse to make the cake. There are plenty of area bakeries who would gladly fill the order, but they chose his shop simply and only because he’s a Christian with a strong testimony for Jesus Christ. This is not about cakes, people, it’s about control, power, and LGBT Agenda. 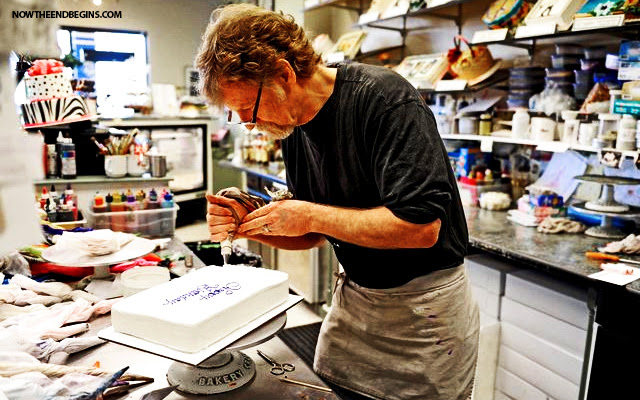 THE SMOKING GUN: “The ALJ found that Phillips had been a Christian for approximately thirty-five years and believes in Jesus Christ as his Lord and savior. Phillips believes that decorating cakes is a form of art, that he can honor God through his artistic talents, and that he would displease God by creating cakes for same-sex marriages.”
The court affirmed the Colorado Civil Rights Commission’s order that Jack Phillips, the owner of the Masterpiece Cakeshop, violated the Colorado Anti-Discrimination Act when he refused to make a wedding cake for Charlie Craig and David Mullins. Jack, a devout Christian who honors God through his baking, had argued that he could not participate in same-sex ceremonies because it would violate his religious beliefs. The appeals court ruled otherwise. Phillips lost on appeal. Now here is where it gets scary.
Phillips is not only required by law now to make gay wedding cakes, the government also has demanded that he and his entire staff be sent away to “receive training” in the LGBT agenda and policies. We are getting closer and closer to the rounding of dissenters and having them placed in the FEMA Camps that they swear don’t exist. About the order to attend reeducation camp, Phillips said this:

“My mom is on my staff and she said she will not be retrained,” he defiantly said. “And I’m not going to make same-sex wedding cakes.” “A lot of Christians are under attack – bakers and florists, wedding chapels,” he said. source

WHAT JACK PHILLIPS IS EXPERIENCING IS THE PROMISED TRANSFORMATION OF AMERICA THAT OBAMA CAMPAIGNED ON:

In Nazi Germany, the stain of oppression crept so slowly that most were not even aware until it was too late. America, in 2015 under Obama, is going in exactly the same direction. Each day we lose another mouthful of our liberties, not very much when compared to the freedoms we still have, but each new day returns less than the one before. At some point, perhaps when you are sitting on the train that’s taking you away, you will think back on this time and wonder why you did nothing about it. With tears streaming down your face you will wish to have this time back when you were still free, to open up your mouth and  say “no” to your governmental masters. 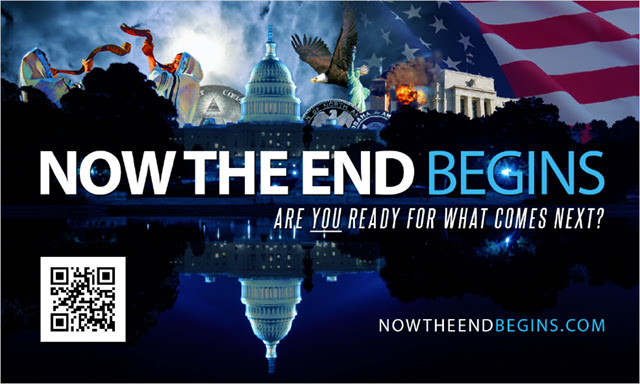 Click to order your box of NTEB Gospel Tracts today!
We are living in the time where the end is coming, why sit ye idle and do nothing?While freedom yet remains, open your mouth for Jesus Christ and BOLDLY proclaim the gospel to a lost and dying world. Yes, you will suffer financial losses. Yes you will be hauled into court. Yes you will be openly mocked and beaten down by the New World Order’s LGBT Mafia agenda. But if you’re a Christian, this is what you signed on for. These are the days of prophecy, now is the time. Order a box of NTEB Gospel Tracts, and strike a defiant blow to the heart of Satan’s plan. What are you waiting for?
“Only one life, ’twill soon be past, and only what’s done for Christ will last.” – Missionary CT Studd
Are you ready for what comes next?

ABOUT THE AUTHOR: GEOFFREY GRIDER

NTEB is run by end times author and editor-in-chief Geoffrey Grider. Geoffrey runs a successful web design company, and is a full-time minister of the gospel of the Lord Jesus Christ. In addition to running NOW THE END BEGINS, he has a dynamic street preaching outreach and tract ministry team in Saint Augustine, FL.
ShareFiled in: End Times, Headline News, LGBT Mafia