Making Church Attendance a Priority
We shall all do well to remember the charge: “Forsake not the assembling of yourselves together, as the manner of some is.” (Heb. 10:25). Never to be absent from God’s house on Sundays, without good reason – never to miss the Lord’s Supper when administered in our own congregation – never to let our place be empty when means of grace are going on, this is one way to be a growing and prosperous Christian.
The very sermon that we needlessly miss, may contain a precious word in season for our souls. The very assembly for prayer and praise from which we stay away, may be the very gathering that would have cheered, established, and revived our hearts. We know very little how dependent our spiritual health is on little, regular, habitual helps, and how much we suffer if we miss our medicine. ~ J.C. Ryle 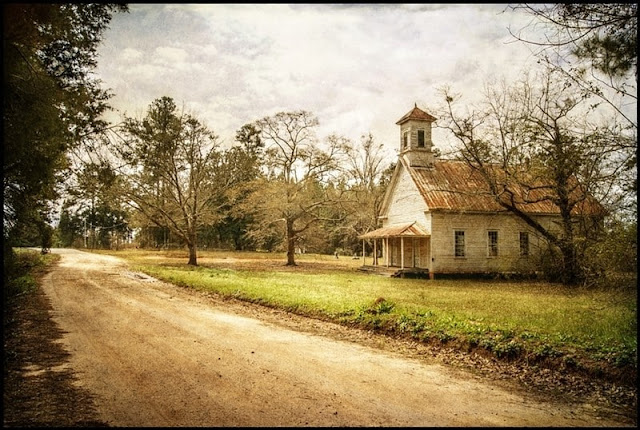 Posted by William Warrington at 2:00 PM No comments:

Franklin Graham: Putin And Trump "Need To Be Working Together As Allies"

Nov 13, 2017 by Will Maule
Franklin Graham has asserted his view that President Trump and Vladamir Putin must work together if we are to see a more stable global peace in our time. Trump has met with Putin whilst on his tour of several Asian nations. "I’m so grateful that our President Donald J. Trump met with Russian President Vladimir Putin in Vietnam," he wrote on Facebook.
"These are the two most powerful leaders in the world—we need to be working together as allies, not adversaries. The media would like to divide these two nations for their own selfish interests. Pray for our president."
"Met with President Putin of Russia who was at #APEC meetings. Good discussions on Syria. Hope for his help to solve, along with China the dangerous North Korea crisis. Progress being made," Trump tweeted yesterday.
"When will all the haters and fools out there realize that having a good relationship with Russia is a good thing, not a bad thing. There always playing politics - bad for our country. I want to solve North Korea, Syria, Ukraine, terrorism, and Russia can greatly help!"
Posted by William Warrington at 1:37 PM No comments:

Psalm 119:
71 My suffering was good for me,
for it taught me to pay attention to your decrees.
72 Your instructions are more valuable to me
than millions in gold and silver.

Verse 71
See here, 1. That it has been the lot of the best saints to be afflicted. The proud and the wicked lived in pomp and pleasure, while David, though he kept close to God and his duty, was still in affliction. Waters of a full cup are wrung out to God’s people, Ps. 73:10. 2. That it has been the advantage of God’s people to be afflicted. David could speak experimentally: It was good for me; many a good lesson he had learnt by his afflictions, and many a good duty he had been brought to which otherwise would have been unlearnt and undone. Therefore God visited him with affliction, that he might learn God’s statutes; and the intention was answered: the afflictions had contributed to the improvement of his knowledge and grace. He that chastened him taught him. The rod and reproof give wisdom.
Verse 72
This is a reason why David reckoned that when by his afflictions he learned God’s statutes, and the profit did so much counterbalance the loss, he was really a gainer by them; for God’s law, which he got acquaintance with by his affliction, was betterto him than all the gold and silver which he lost by his affliction. 1. David had but a little of the word of God in comparison with what we have, yet see how highly he valued it; how inexcusable then are we, who have both the Old and New Testament complete, and yet account them as a strange thing! Observe, Therefore he valued the law, because it is the law of God’s mouth, the revelation of his will, and ratified by his authority. 2. He had a great deal of gold and silver in comparison with what we have, yet see how little he valued it. His riches increased, and yet he did not set his heart upon them, but upon the word of God. That was better to him, yielded him better pleasures, and better maintenance, and a better inheritance, than all the treasures he was master of. Those that have read, and believe, David’s Psalms and Solomon’s Ecclesiastes, cannot but prefer the word of God far before the wealth of this world. -Matthew Henry 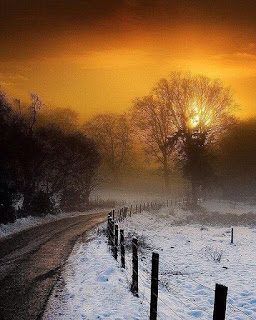 Posted by William Warrington at 12:08 PM No comments:

Email ThisBlogThis!Share to TwitterShare to FacebookShare to Pinterest
Isaiah 57:1-2 - NLT
1 Good people pass away; the godly often die before their time. But no one seems to care or wonder why. No one seems to understand that God is protecting them from the evil to come. 2 For those who follow godly paths will rest in peace when they die.
The righteous are delivered from the sting of death, not from the stroke of it. The careless world disregards this. Few lament it as a public loss, and very few notice it as a public warning. They are taken away in compassion, that they may not see the evil, nor share in it, nor be tempted by it. The righteous man, when he dies, enters into peace and rest. -Matthew Henry

Posted by William Warrington at 11:44 AM No comments:

Email ThisBlogThis!Share to TwitterShare to FacebookShare to Pinterest
Residents of an isolated Nigerian village are mourning the death of a British missionary who died after being kidnapped by vigilantes.
Hundreds of villagers from Enokhora, an impoverished community in the southern Delta region, dressed in black to parade in honour of Ian Squire, 57, according to local media.
Three other missionaries were also kidnapped but returned alive and are currently in talks with Foreign Office officials in London after their capture.
But Squire, an optician in Surrey, is thought to have died after being unable to access medication for an asthma condition, according to Nigerian press.
The four ran an eye clinic and other medical facilities in the remote area of southern Nigeria for a decade before their kidnap on October 13.
'These people have come all the way from the UK to help us and because of the kidnapping by the Karowei, this led to the death of Doctor Ian,' one community leader said, according to Nigerian media.
'We want to the world to see that we are not happy with the activities of this gang, and to appeal to the federal government to make sure that the Karowei should be brought to book. The loss of Doctor Ian has led to the closure of this clinic.'
Another local, Comrade Michael Ogobiri, said the missionaries had refused to have security guards in spite of previous threats.
'We had set up a local vigilante for them before, but they rejected it because they said they believed in God and they're missionaries,' Mr Ogobiri told the Nigerian Tribune. 'We never believed such could happen. They've been here since 2007.'
Squire was kidnapped alongside former Cambridgeshire GP David Donovan and his wife Shirley, both 57, and Alanna Carson, of Fife.
They have so far refused to comment on their ordeal.
Posted by William Warrington at 11:19 AM No comments:

Posted by William Warrington at 6:50 AM No comments: