The left wing secular media is doing to Trump what they've done to Answers in Genesis for years--false accusations, lies, misinformation, censorship, and more.
And the left wing protestors are involved in what secularists did to the Ark Encounter--false accusations, ad hominem attacks, lies, and more.
Notice how the left that's falsely accused Christians of intolerance for years are some of the most intolerant people on the planet. Left wing media and protestors want free speech as long it's their own speech and their own views--they want to censor real free speech. 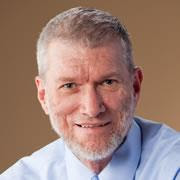 Posted by William Warrington at 10:49 AM